TNT Tropang Ready, a Smart and Fun Way of Getting a Community Disaster Resilient 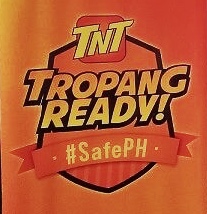 When a swarm of earthquakes hit Batangas in April 2017, it caused injuries to some residents and damage to some buildings.
Students of Batangas State University (BatSU), however, were able to teach their families to assume the duck, cover and hold position while the tremors were ongoing, and later led them to safe locations after the shaking stopped.


BatSU was the venue of the first-ever Tropang Ready Disaster Preparedness Caravan, a series of campus tours of PLDT wireless subsidiary Smart Communications (Smart), designed to educate the youth on disaster readiness. A few months after the caravan, the teacher education students of BatSU themselves conducted their own preparedness training for parents of scholars of the government’s Pantawid Pamilya Program in their communities.

Through its value brand, TNT, Smart initiated the Tropang Ready Disaster Preparedness Caravan in recognition of the youth as vital contributors in their communities. It is an enhancement of Smart’s ongoing series of nationwide trainings which started in 2013, featuring lectures and activities done “infotainment”-style for families, communities and members of the clergy.

“It is said that the youth are the members of the society who are most vulnerable to calamities. But here at Smart, we believe in the capability of the youth to mobilize their communities in times of emergencies, through their knowledge of the latest technology,” said Ramon R. Isberto, PLDT and Smart public affairs group head. “We believe in empowering the youth by educating them and making technological and communication tools available to them.”

In recognition of its impact in the community, TNT Tropang Ready has been shortlisted as Best Engagement Campaign of the Year at the Responsible Business Awards by Ethical Corp., a UK-based group which provides intelligence to businesses around the world.

Smart’s disaster preparedness initiatives have also been cited in the Humanitarian Connectivity Charter (HCC) annual report of GSMA, an organization of more than 800 mobile companies worldwide. Smart is one of the four founding signatories of the HCC, which has since grown to over 100 mobile operator members and six humanitarian partners across more than 75 countries.

Among Smart’s disaster preparedness programs cited in the report are the Emergency Cell Broadcast System, which sends location- and hazard-specific alerts; the ICT Bayanihan series of regional summits organized to institutionalize rapid emergency telecommunications teams, and the Batingaw disaster management app by the National Disaster Risk Reduction Management Council, Tudlo, and Smart, which has been replicated in the Horn of Africa.


Through its #SafePH campaign (click here for #SafePH instagram photos), Smart reinforces its mandate to help build more resilient communities and reduce disaster-related casualties through technology. Let's all have a Safe Philippines! 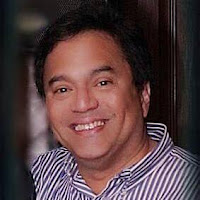