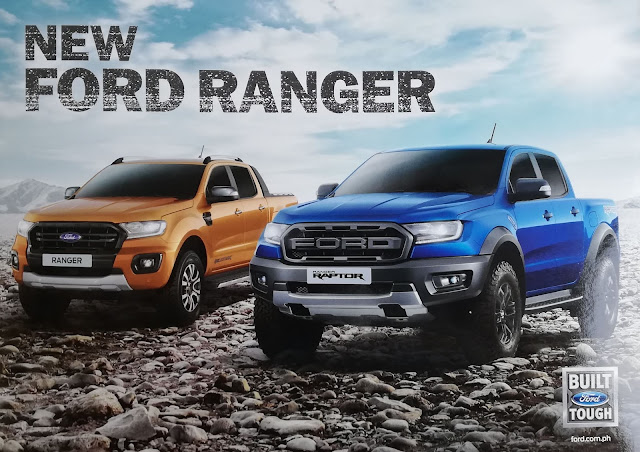 The highly-anticipated launch of the 2018 Ranger Raptor finally happened recently at the Arca South, Taguig. A huge vacant lot was contoured into an off-road course complete with 8-foot high jumps, rough terrain, and deep canals.

I know that Ford Philippines did not plan on the torrential rain that poured from the heavens that night. I thought the organizers would cancel and call off the event. I’m glad they did not. Apparently it added more excitement and ruggedness to the Raptor’s proving ground. The Ranger Raptor had to go through two more unplanned, very technical, and almost-impossible-to-make obstacles -- a 30 meter long moat (80 centimeters deep with rain water) and 30 centimeters of deep sticky mud on most parts of the course.


Everyone watching was in awe as the Ford Ranger Raptor showed its prowess and precise control over wet, muddy, and flooded terrain. We all cheered every time it would effortlessly fly and land flawlessly at a jump. Seeing the Raptor easily slither through the thick stretch of mud was more titillating than watching a wet and wild mud-wrestling match. 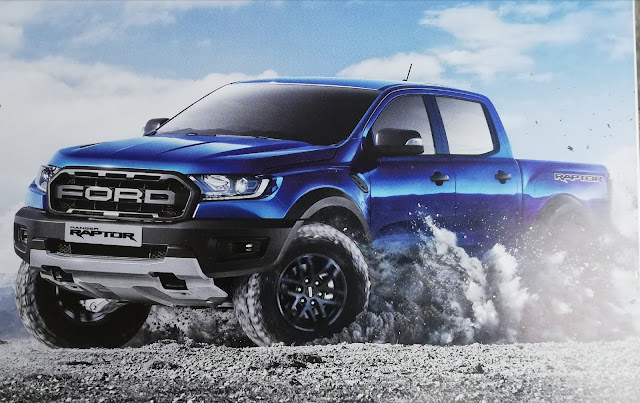 Professional off-road 4X4 driver, Beeboy Bargas who piloted one of the two Ranger Raptors, did several high speed jumps over a 2-meter high mogul. Asked  how it felt driving the monster Raptor on this extreme course, he said, "It feels like I'm driving my family SUV, a Ford Everest."  I can vouch what Beeboy said. I rode the Ranger Raptor through the whole course that night, yes including the jumps, with Beeboy on the wheel.

The Ranger Raptor is powered by a new powerful 2.0-liter Bi-Turbo diesel engine that delivers a maximum of 213PS of power and 500Nm of torque. It is mated to a Ford-designed and Ford-built 10-speed automatic transmission which is the same gearbox used by the Ranger’s big brother, the F-150 Raptor. Having 10 gears means it’s got a wider ratio-span resulting in better acceleration and quicker response.

What makes the Raptor nimble in spite of its size?  Thanks to its pair of Position Sensitive Damping (PSD) shock absorbers up front that are exclusively manufactured by FOX. They are designed to provide higher damping forces at full bounce and rebound.

Manning the rear  is the Watt’s linkage rear suspension. It is expertly crafted to tackle tough brutal terrain at high-speed, while helping the driver remain in complete control and sit in pillow-like comfort.

The Ford Ranger Raptor raised the bar so high that night. It is the first ever purpose-built, off-road ready, and  factory-built performance truck you can buy off-the-shelf from a car dealership. Take it with you worry-free, straight to a once-in-a-lifetime  adventure in the boondocks.

Ford Philippines graciously invited me to see a Ford Ranger Raptor Launch. I didn’t think they would literally launch the monstrous truck into the air and add more to my jaw-dropping excitement by making it swim, but they did. Kudos to Ford Philippines for treating me to the greatest show on earth.

Monch "Monchster" Henares is an award-winning automotive journalist and feature writer for the Philippine Daily Inquirer's Road Talk, a media blogger @MonchsterChronicles.com, and a co-anchor in the program 'Kaya Mo Yan' on DZRH News Television.  He is also a tech and motoring specialist, inventor, and automotive engineer.