"It's A Girl Thing" -- Empowering and Inspiring Young Women

Brought to you by Branded, the co-producers of YouTube FanFest, along with their partner and co-producer Globe Live, “It’s a Girl Thing” is a world-class festival designed to inspire, educate, and empower teenage girls whilst celebrating the privilege of being a young woman.

Having launched in Singapore to huge critical and fan acclaim (92% rated IAGT “Totally Awesome”), It’s A Girl Thing’s next stop on the global #itsagirlthing tour is Manila, Philippines.

The format is part live show and part experiential festival including fan meet and greets, workshops, and brand experiences aligned to the spirit and themes of the event. Fans will be invited to join international social stars and celebrities Bethany Mota, Remi Cruz, and Niomi Smart along with locals Janina Vela, Kiana Valenciano, Pamela Swing, Abby Asistio, Renee Dominique, and Riva Quenery plus more to be announced! The Filipina launch of this inspirational platform of self-discovery explores what it is to be a girl, and is a share of experience and ideas on how to turn dreams into a reality. The multicultural and inclusive event empowers women as a united community; promotes positive personal development and explores key social issues such as anti-bullying, positive body image, racism, cultural challenges and opportunities, self-worth, and the expectations of the future.

Bringing teen passions such as music, arts, media, fashion, health, beauty, and wellbeing to life, It’s a Girl Thing ignites the flame with the opportunity to meet and listen to stories of inspiration told by people who have made a career and life journey out of inspiring others.

The sensational line-up of the live show includes international and local artists taking to the stage and delivering insightful performances with their distinctive personalities. Through self-curated content, social stars will be sharing personal stories, knowledge, and experiences to empower and educate their fans on what it takes to be successful in today’s socially connected world.

Jasper Donat, Co-Founder and CEO of Branded, shares his excitement for It’s a Girl Thing, “It’s a Girl Thing empowers teenage girls and addresses key social issues that affect them. Being a teenager in today’s society is tough so after a successful pilot event in Singapore, we are thrilled to be bringing It’s a Girl Thing to Manila.” He emphasizes that "it is all about the experience. Embarking on a journey of self-discovery in search of their dreams and to truly understand themselves with their favourite social stars will definitely be fun and educational at the same time.”

“We are thrilled to be working with Globe Live, who are our co-producer for the events in Manila. The festival will be held at the Globe Iconic Store, an open-space venue in Bonifacio Global City with the press launch taking place at Ibiza Beach Club, BGC. The press launch is intended to introduce the It’s a Girl Thing brand and concept to the teenage girls of Manila, providing a teaser of what to expect at the live festival in November and encouraging them to join the IAGT community.”

Joe Caliro, Globe Senior Advisor for Creative Marketing and Multimedia Business, also shares, "The rise of original content creators have given the youth of today more individuals to look up to and gain inspiration from. Together with platforms like YouTube, creators now have a venue to reach a global audience. Having them all come together in an event like It’s a Girl Thing allows us to bring some of the best vloggers closer to their fans so they can spark positivity to more girls here in Manila. Not only will the girls meet their favorite creators, but we are proud to also shed light on significant topics particularly cyber wellness.” He adds, “this is definitely a start of our strong collaboration with Branded as we bring young girls more encouraging and inspirational activities.”
____

Check out It’s a Girl Thing’s full lineup for November: 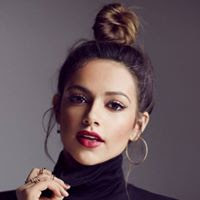 BETHANY MOTA
YouTube superstar and entrepreneur Bethany Mota has become one of the most powerful voices in social and new media. Today, Mota’s YouTube channel has more than 10 million subscribers and her videos have been viewed close to a billion times. Having grown into a true trendsetter, she also has 3 million dedicated followers on Twitter and 5 million followers on Instagram, to total a combined social audience of more than 22 million. Bethany is a designer, entrepreneur, and was named two years in a row by Time Magazine as one of the most influential teens in the world and was interviewed the President of the United States. Mota can also add Author to her long list of accomplishments, having released her first book “Make Your Mind Up”, in June 2017. What’s next for this digital superstar?
Follow Bethany on these channels: YouTube, Twitter, Instagram, Facebook, and Snapchat (bloemsnapxx). 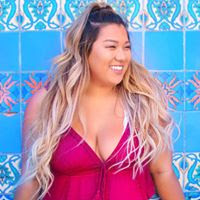 Remi Cruz
Remi Cruz, aka Miss Remi Ashten or Remlife, is a Southern California native with a zest for life. As a lifestyle creator, Remi is one of the fastest growing influencers and bloggers in the space. Remi is proud to be a Korean-American, and encourages her viewers to enjoy life and spread confidence. Remi’s DIY have landed her spots on The Today Show and Pop Sugar, and she has her own tutorials on the Good Housekeeping Website. She’s been featured on the covers of Trend Magazine and Local Wolves. She cares a lot about social good and has worked with organizations such as the Thirst Project and DoSomething.Org, and has partnered with a number of impressive brands such as Ikea, Skype, Acuvue, and Tresemme. Remi is currently developing a couple of secret projects for her fans.
Follow Remi on these channels: YouTube, Twitter, Instagram, Facebook, and Snapchat (remiikinss). 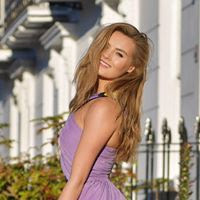 NIOMI SMART
With wellness, mindfulness, and a balanced lifestyle at the forefront of everything she does, Niomi Smart is a lifestyle blogger who inspires a global audience to look, live, and feel better. From sharing her own plant-based recipes and easy-to- adopt fitness regimes to her natural makeup, beauty routines, and simple chic fashion, Niomi’s YouTube channel, Instagram, and blog are the perfect one-stop place for all things on smart living. Niomi has amassed a loyal audience of more than 1.7 million followers on her YouTube channel and 1.8 million followers on her Instagram. Her popular video series “What I Eat In A Day” inspired Niomi to write her own healthy recipe book “Eat Smart”, which was released in September 2016.
Follow Niomi on these channels: YouTube, Twitter, Instagram, Facebook, and Snapchat (NiomiSmart). 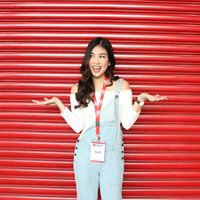 JANINA VELA
Janina is an 18-year old YouTube and Social Media Influencer. She started at 15 and three years after, has grown her YouTube channel to more than 350,000 subscribers. Janina loves everything connected to beauty, fashion, and music. She makes videos on make-up tutorials, DIYs, and vlogs on her teen adventures. She won Top Beauty Vlogger in the recent Asia Influence Award held in Kuala Lumpur, Malaysia. She is a Disney Ambassador and is the newest host for Disney 365. Her passion is to be a positive influence to her generation, to inspire them to be confident in their own skin, and encourage them to be beautiful inside out.
Follow Janina on these channels: YouTube, Twitter, Instagram, Facebook, and Snapchat (janinavela). 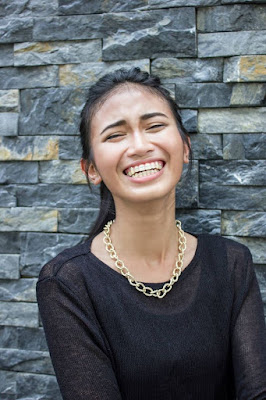 PAMELA KRISTEN SWING
Pamela Swing’s every video is an endless happy conversation. This Thomasian vlogger shares facts about herself, hauls, challenges, daily vlogs, and other remarkable experiences. There is no doubt that she is one of the awesome Pinay YouTubers to turn to when it comes to giving the ultimate good vibes.
Follow Pamela on these channels: YouTube, Twitter, Instagram, and Facebook. 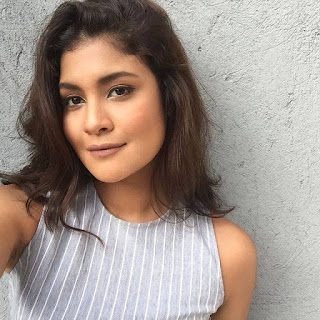 KIANA VALENCIANO
Kiana Valenciano was seven when she bagged Awit Awards’ Best Christmas Recording and Best Child Recording Artist trophies for a song her father, Philippine music icon Gary V, composed. Fast forward to 2017, she has won several music awards and has created her own music brand with songs she co-wrote like “Circles,” the chart-topping "Does She Know," and a soon-to-be-released “Misfits.” Known online as @kianavee, she was chosen by the Australian makeup brand, BYS, to be their first Filipina brand endorser as she is a beautiful performing and recording artist, and has amassed a sizeable following because of her unique fashion style.
Follow Kiana on these channels: YouTube, Twitter, Instagram, and Facebook. 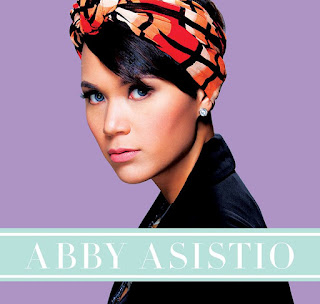 ABBY ASISTIO
Abby Asistio is a singer, songwriter, and a TV host. She has produced and composed songs like “Tagpuan.” As a host, she was part of TV5’s “Tekno Trip” with KC Montero. She is also an advocate of Alopecia Areata, which struck her when she was 4, and has continuously been campaigning for awareness. In 2012, she was one  of  the  ten  finalists  of  Dove’s Real  Beauty campaign. In 2013, Abby was chosen as one of the 30 young achievers under 30 by Meg Magazine. Recently, she was invited to meet Mark Zuckerberg during Facebook’s 12 Friends Day Anniversary.
Follow Abby on these channels: YouTube, Twitter, Instagram, and Facebook.
Click to watch the Youtube Monchster Interview with Abby 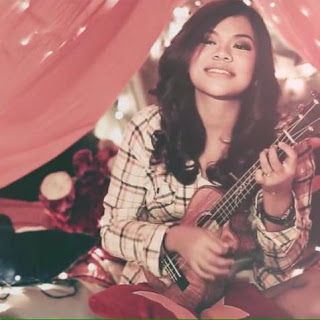 RENEE DOMINIQUE
Singer and songwriter Renee Dominique is an uprising artist known for her music and beautifully created YouTube videos that features her unique voice and style in covering the classic music of the Beatles, Carpenters, and many other hits. Her talent in music gives her millions of views on songs that inspired and touched the hearts of people of all ages in many parts of the world. She is into acting, dancing, vlogging, and is invited to different events for inspirational talks. Her recent trip to New York gave her the opportunity to share love, and service to reach out to homeless girls in a Transformation Camp. Reneé Dominique is also a part of the Star Magic family of ABS-CBN and is currently working on her own music album featuring her original songs.
Follow Renee on these channels: YouTube, Twitter, Instagram, and Facebook. 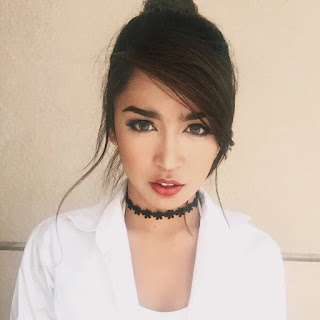 RIVA QUENERY
Riva Quenery is out to conquer the world! The girl next door with the sizzling showbiz career is well on her way. One of today’s most prominent online influencers, this gorgeous millennial can dance, act, and create content that charms and captivates her many many followers.
Follow Riva on these channels: YouTube, Twitter, Instagram, and Facebook.

Adding to this already exciting lineup for the November festival will be a host of talented and motivational international, regional, and local talent. These stars will be announced over the coming months in the lead up to the event on November 18, 2017.

The launch of It’s a Girl Thing in Manila marks the beginning of encouraging all teenage girls to “Empower themselves through ideas, to challenge themselves by learning something new, and to have fun!”

Learn more about It’s a Girl Thing using #itsagirlthing or via Twitter, Instagram, and Facebook. You may also visit www.itsagirlthing.live or view the event details on glbe.co/globeliveiagt.