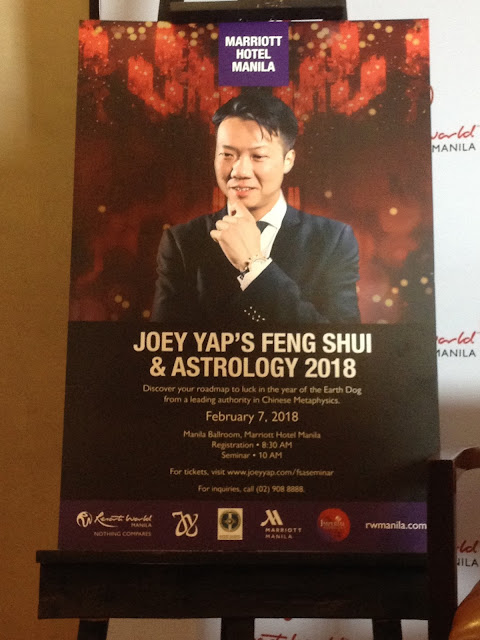 Resorts World Manila, the country’s premier entertainment and tourism destination, kick-starts it's Imperial Festival Celebrations with a Feng Shui and Astrology Seminar by world renowned Chinese metaphysics master, Dato' Joey Yap.
After welcoming 2018 with the grandest party at the Marriott Grand Ballroom on New Year’s Eve,  Resorts World Manila (RWM) now gears up for its annual Imperial Festival Celebrations to usher in the Year of the Earth Dog.

Highlights lined up for this year’s festivities include the traditional Lunar New Year Lion Dance on February 16 at the Newport Mall, and a Feng Shui and Chinese Metaphysics seminar by one of the authorities in the field, Dato’ Joey Yap on February 7, 8:30 a.m. at the Manila Ballroom of Marriott Hotel Manila.

Joey Yap is a best-selling author of 162 books and is chief consultant of the Joey Yap Consulting Group, which is the world’s largest and most successful Feng Shui consulting firm that works in partnership with Fortune 500 companies and A-list clientele.


Iverson Lee, a leading member of the Joey Yap Consulting Group, recently came to Manila to give a preview of the upcoming seminar and teach select members of the press how to read their Bazi charts.

“Bazi is not fortune-telling, and it’s not as simple as identifying ‘lucky colors’ or ‘lucky numbers,’” Lee says. “It’s about understanding the natural energies of the environment and tapping into it to improve your life and overcome challenges.”

When asked about the outlook for the Philippines in the Year of the Earth Dog, Lee said we can expect a time of relative stability and prosperity.

“From what we know of the current leadership, things are looking very favorable for the country,” Lee says. “Government initiatives and plans will be largely unhindered and this will ultimately be good for the economy.”

More dining and hotel promotions are also offered in celebration of Imperial Festival including Ginzadon’s Japanese-Korean Unlimited for only Php988+ per person, 11a.m. daily and 6:00 p.m. to 9:00 p.m. Monday to Thursday until January 31; Passion’s Cantonese Unlimited  for Php688+ every Monday to Thursday, and Php788+ every Friday to Sunday and holidays, available the whole month of January.


For more on RWM’s Imperial Festival celebrations, visit www.rwmanila.com or call the Tourist/Visitor Hotline at (632) 908-8833. 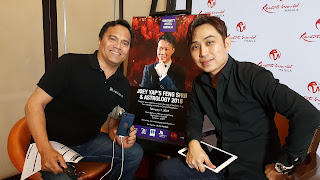