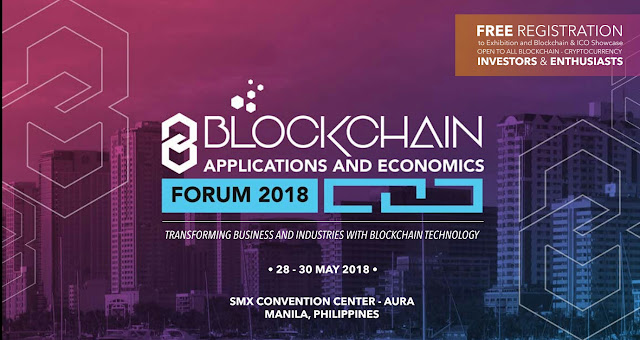 According to Wikipedia...Blockchain was invented by Satoshi Nakamoto in 2008 for use in the cryptocurrency Bitcoin, as its public transaction ledger. A Blockchain is a decentralized, distributed and public digital ledger that is used to record transactions across many computers so that the record cannot be altered retroactively without the alteration of all subsequent blocks and the collusion of the network.This allows the participants to verify and audit transactions inexpensively. A Blockchain database is managed autonomously using a peer-to-peer network and a distributed timestamping server. The invention of the Blockchain for Bitcoin made it the first digital currency to solve the double-spending problem without the need of a trusted authority or central server. The bitcoin design has been the inspiration for other applications.

Blockchain is a new form of technology, although one that has the potential to change the way people do business. Being a relatively new concept, Blockchain remains an arcane concept to many local businessmen and company executives, particularly those that are not too tech-savvy.

As such, many questions are floated around business circles. How can blockchain help improve the way we do business? Will the blockchain technology prove to be a boon for Philippine commerce? Is our country ready for it?

These and many other questions are what the coming Blockchain Applications and Economics Forum 2018 aims to answer. With the theme "Transforming Businesses and Industries with Blockchain Technology," the three-day forum, which will run from May 28 to 30 at the SMX AURA Convention Center, Taguig, aims to increase the general understanding of the Blockchain technology and bring together business leaders and thinkers that are not yet on the Blockchain but are evaluating its impact on their business.

The forum also aims to help entrepreneurs and corporate decision-makers find the right blockchain solution for their businesses, particularly in the light of the fact that aside from Fintech, blockchain solutions can be implemented into gaming, supply chains, logistics, digital identity, and much more.

Blockchain Applications and Economics Forum 2018 will have Blockchain and fintech experts from Europe, Asia, and North America who will act as speakers, panelists, trainers, and moderators during the three-day forum.

The first day of the forum, which will be on May 28, will be devoted to two pre-conference bootcamps. One is a whole-day workshop on "Ethereum and Smart Contract Development" which is designed especially for software developers, tech experts and Blockchain enthusiasts who wish to get into coding in the Blockchain platform Ethereum. 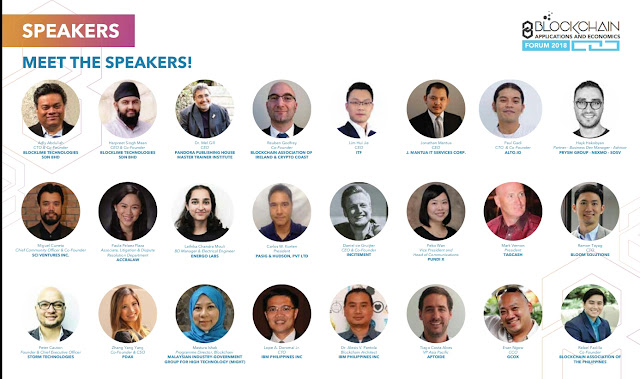 The trainers for this workshop are Harpreet Singh Maan and Adly Abdullah, CEO and CTO, respectively, and co-founders of Blocklime Technologies, one of the foremost Blockchain consultancy and development service companies in the world. 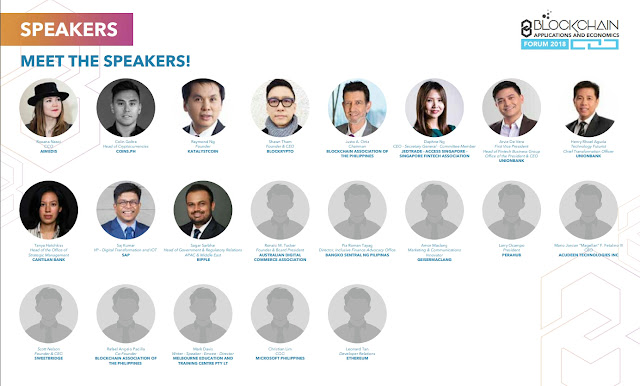 While the second bootcamp will be devoted solely for members of the press, dubbed the “Media Blockchain Workshop.” The workshop aims to help media understand  and have a better appreciation of what Blockchain is all about, its challenges, risks and opportunities.

This workshop is open to all interested journalists and will run from 1:00 to 5:00 p.m. The trainer for this workshop is Amor Maclang, globally awarded brand architect; risk, crisis, and reputation strategist; marketing and communications innovator; and co-founder of GeiserMaclang Marketing Communications, Inc.

BLOCKCHAIN AND ITS GLOBAL IMPACT

The formal opening of the the conference will be on May 29th, and will start out with the official launch of the Blockchain Association of the Philippines (BAP), the very first official blockchain-related association in the country.  The keynote address for the launch will be delivered by BAP and Unionbank chairman Justo A. Ortiz.

Panel discussions will be held throughout the day as well. Topics to be discussed include Global Developments and Perspectives in Blockchain, with panelists from Singapore, Malaysia, Russia and Ireland; Managing Legitimacy in Blockchain--Regulations, Risks, and Communications, moderated by Amor Maclang; Can Blockchain Replace IPOS?, moderated by Daphne Ng, Secretary General of Access Singapore and committee member of Singapore Fintech Association; Blockchain and its Impact on Financial Transactions and Services, moderated by Arvie de Vera, first vice president and head of the Fintech Business Group at Unionbank; and The Future of Blockchain, Cryptocurrencies, ICOs, and Digital Currency Exchanges, moderated by Shawn Tham, founder and CEO of Blockrypto.

The last day of the forum, May 30, will focus on exploring the role of blockchain in disrupting, enhancing, and creating new business opportunities in established business verticals and will involve major technology giants including IBM, SAP and Microsoft.

The panel discussions on the last day will help give business leaders the opportunity to learn more about how Blockchain can be used to leapfrog the technology curve and gain a competitive advantage.

A special discussion on blockchain for the social good will be led by Daniel de Gruijter, of Incitement, as well as Paolo Magnata, from the UNDP; as well as a look at how Blockchain can be applied to the Entertainment, Logistics, Energy, Commerce, Healthcare and even Government sectors.

The three-day forum will be capped by a panel discussion on What is Next? Taking the Leap into Blockchain, which will focus on what corporations need to do with newly acquired information on Blockchain and what they can do to move ahead.

Monch "Monchster" Henares is a writer for the Philippine Daily Inquirer's "Road Talk", blogger @ Monchster Chronicles, tech and motoring specialist, inventor, and automotive engineer. He managed the motorpool for a limousine company in Las Vegas, Nevada, USA. He is now based in Manila, Philippines.
You may e-mail him at monchnrs@gmail.com
To follow him on Facebook
Instagram @monchsterh
Youtube  Monchster NRS
Posted by Monch Henares at 6:29 PM