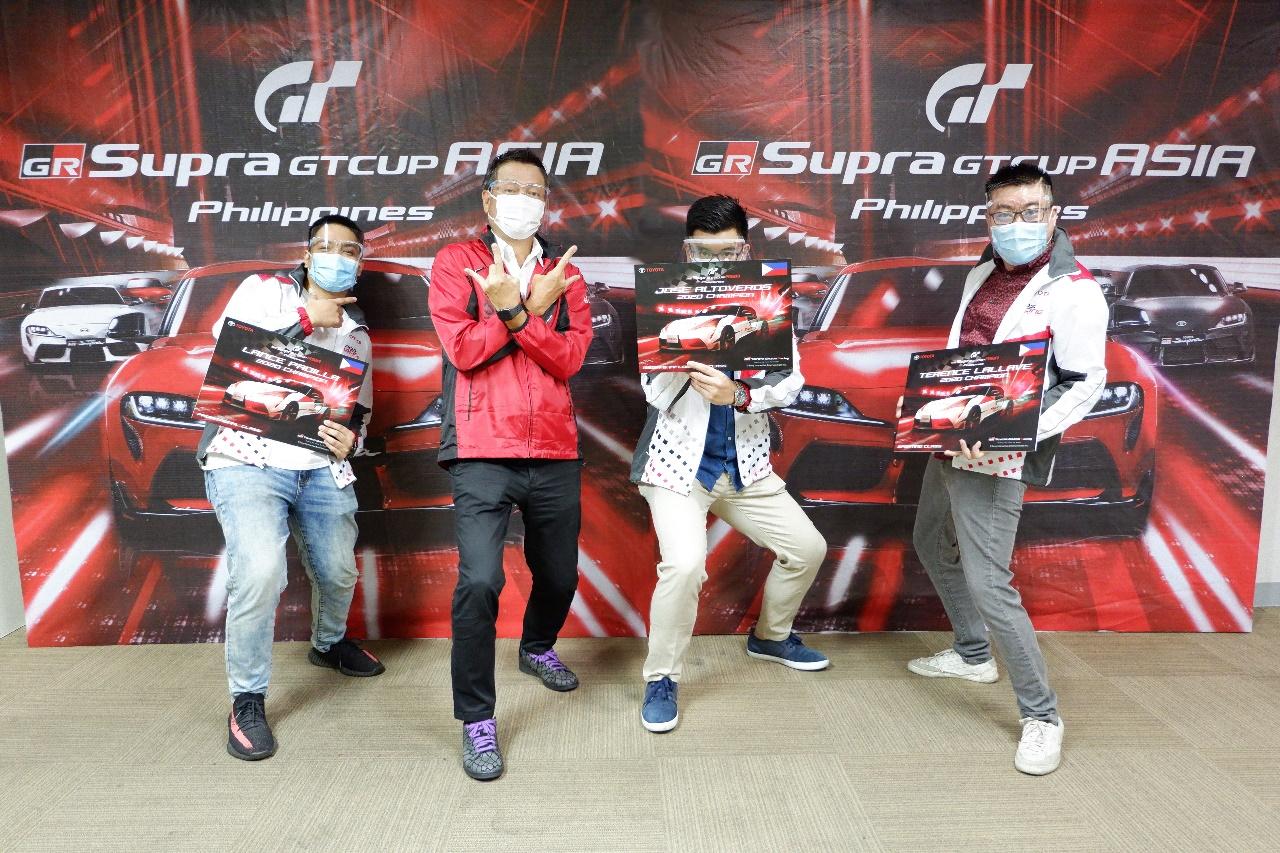 Last June, leading automotive company Toyota Motor Philippines (TMP) announced the launch of its first-ever e-motorsports program with the goal of finding the country's top racers who can represent the country in the international virtual racing scene.

After a nationwide call for racers, hundreds of participants, and three rounds of virtually driving the Toyota GR Supra on the world's most popular racing circuits, three players have emerged to become the country's worthy flag-bearers.

The national champions of the GR Supra GT Cup Asia Philippines are Terence Lallave, Johann Lance Padilla, and Jose Luis Altoveros. They will represent the country in the Asia regional round this October. 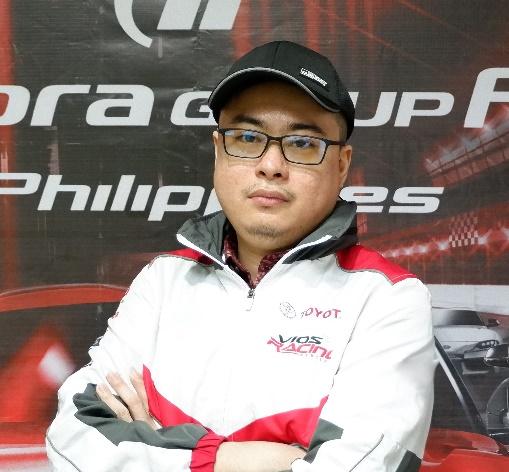 Lallave, a 35-year-old businessman and social media influencer from Quezon City has earned his slot in the Asian regionals by winning the Sporting Class. Coming in third during the second round, his performance during the final round resulted in a surprise victory, surpassing the early frontrunners.

"If I were to describe the entire journey... I cannot put it into words because I’m actually surprised that I am here right now and I’ll be the one representing the Philippines," said Lallave. "I’m very thankful to Toyota for bringing this opportunity because we could basically show what Filipinos can do in E-sports races. And it is a very good avenue for sim racing and e-sports here in the Philippines to grow." 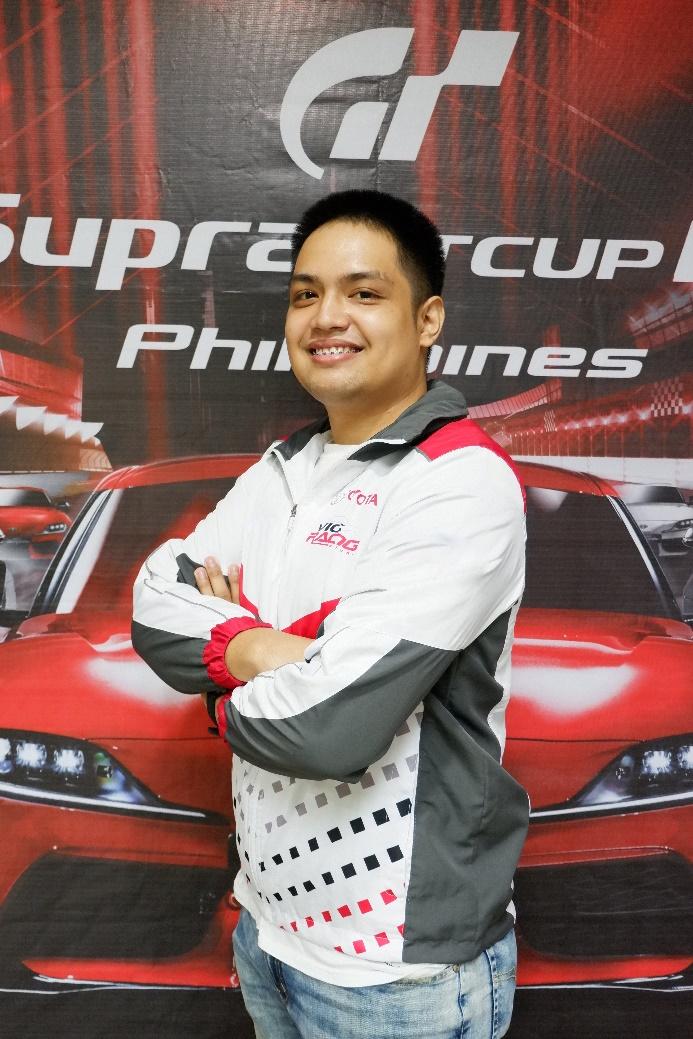 The youngest among the three, 24-year-old aircraft mechanic and businessman Padilla meanwhile was a consistent podium finisher in the initial rounds but was never in the first place. This Bacoor, Cavite racer's overall score after Round 3 however was enough to catapult him as the Promotional Class champion.

"I joined GR Supra GT Cup Asia Philippines because I think this is the chance I’ve been waiting for," said Padilla. "Just last year, I told myself that Gran Turismo will lead me to places by playing and racing in it. When Toyota posted about this event that may lead to representing our country, I joined immediately." 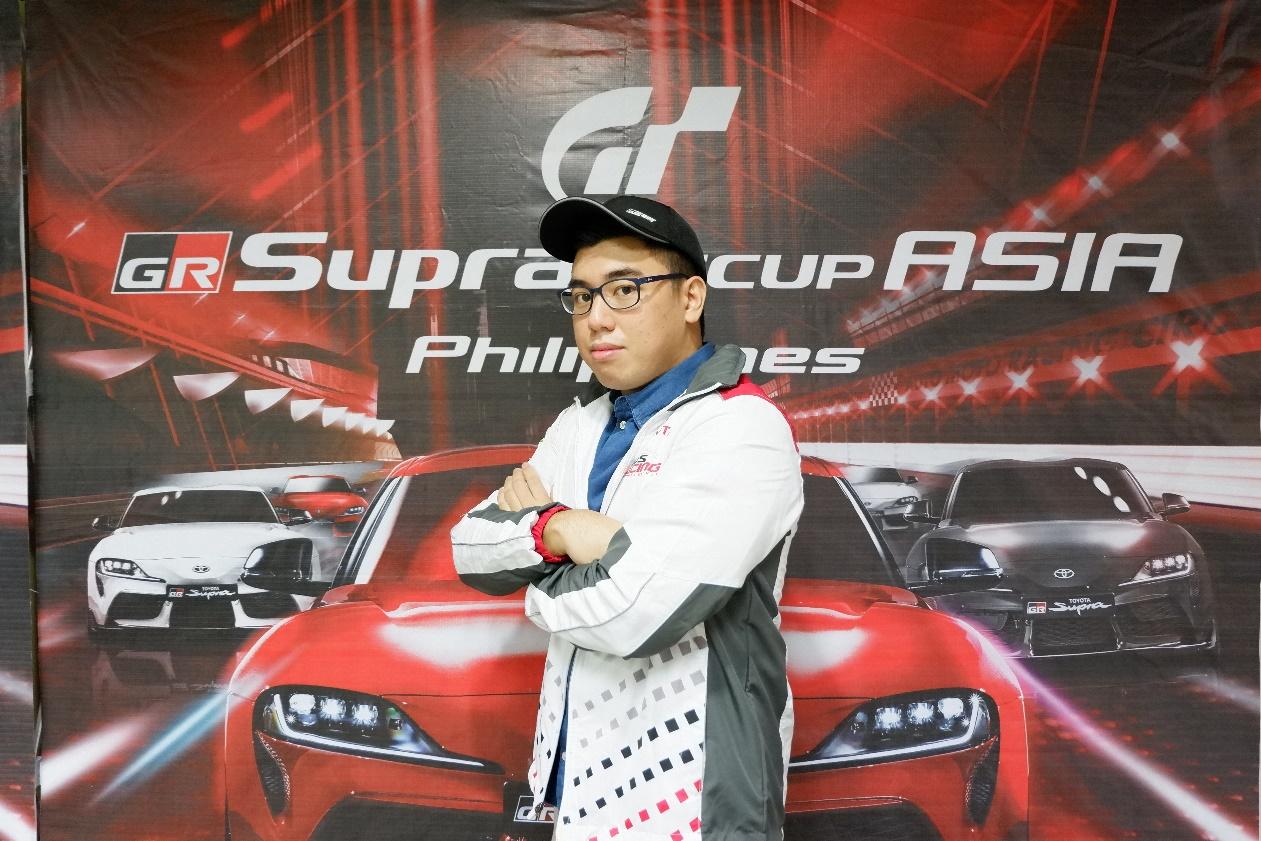 25-year-old writer and photographer from Quezon City, Altoveros, is no stranger to TMP's motorsports activities, having won in the 2019 Vios Racing Festival's Autocross Challenge.

By winning the Media and Celebrity class, Altoveros gets to be in the position to share both his online and offline racing expertise. He is now in constant communication with his fellow champions.

"Aside from planning, I guess the only thing we can do is just to keep on practicing at home and race together," said Altoveros. "At the end of the day, it is a team race. Even if there’s just one winner, we’re all representing the Philippines and it doesn’t matter who gets to the top as long as we raise the Philippine flag in the tournament."

"We are very thankful for the passion and enthusiasm that Filipino gamers and e-motorsports fans have shown during the course of our inaugural GR Supra GT Cup Asia Philippines," said Sherwin Chualim, First Vice President for Vehicle Sales Operations of TMP. "We expect our champions to do their best to represent us well in the Asian Regional Round. We will continuously support them, and hopefully, their success inspires a lot more Filipino racers to pursue this sport that we really can excel in."

Click on this to watch the exciting championship race

"Because of the success of the first season, we will seriously consider staging another tournament in the future," Chualim added.

The Asian Regional Round of the GR Supra GT Cup Asia hosted by Toyota Motor Asia Pacific and TOYOTA GAZOO Racing will be streamed on October 25, 2020 via TMP's official Facebook page www.facebook.com/toyotamotorphilippines. For more information, visit the official website at toyota.com.ph/gtcup.

Monch "Monchster" Henares is an award-winning automotive journalist and feature writer for the Philippine Daily Inquirer's Road Talk, a media blogger @MonchsterChronicles.com, co-founder of Motourismo.ph, and a co-anchor in the program 'Kaya Mo Yan' on DZRH News Tele-radio.  He is also a tech and motoring specialist, inventor, and automotive engineer.
He managed the motor pool for a well-known limousine company in Las Vegas, Nevada, USA. He is now based in Manila, Philippines, and is the President of BuildMeUp Corp.
You may e-mail him at monchnrs@gmail.com
Follow on Facebook
Instagram: @themonchster
Youtube:  MonchsterTv
Posted by Monch Henares at 12:46 PM