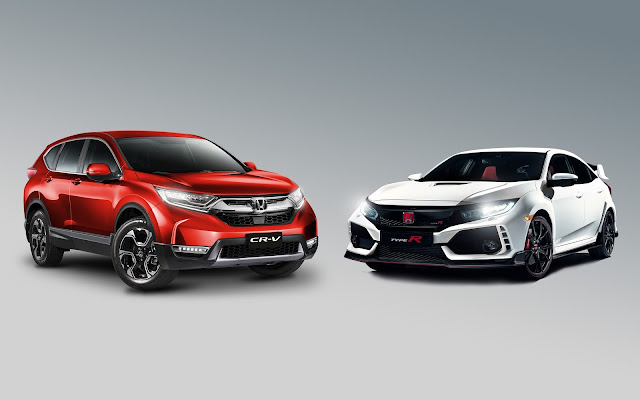 Honda’s series of awards began with The Honda Civic Type R for bagging the Best Driver’s Car conferred by C! Awards last September 25, 2017. This category recognizes the best performance, flexibility and ultimate driving experience a vehicle can offer for both track and daily driving.

The next award-giving body was the Auto Focus People’s and Media’s Choice Awards, spearheaded by Sunshine Television (STV) which was held last November 9, 2017. Honda won 11 awards in different categories.

Automotive brands were also recognized by the motoring media professionals and practitioners the same evening and four (4) Media’s Choice Awards were conferred to Honda;
The Honda Civic for Best Design and Best Engine Performance for Compact Sedan. The Honda Brio won the Best Engine Performance for Mini and the Honda Odyssey for Best Value for Money in the Luxury Van segment.

Ending this year’s series of awarding events is Top Gear’s STIG Awards which was held last November 28, 2017.The Honda Civic Type R, proved its worth as it has won the Top Gear’s Car of the Year 2017. While The All-New CR-V won the Top Gear’s Favorite Reader’s Awards. Both awards have been won by Honda for two consecutive years.

These awards solidify the continuous trust and support of the Filipino customers to the Honda brand as it reinforces Honda’s commitment to constantly deliver high-quality vehicles with top-notch features to satisfy the needs of the market.

“We are thankful to all the organizers as well as to the Philippine motoring media for their belief and trust to Honda. With these awards, we will continue to offer exciting products and ultimate customer satisfaction.” said Noriyuki Takakura, HCPI President and General Manager.

Honda is immensely grateful for the trust and loyaltygiven by the Filipino Customers. It is this great honour that continue to inspire Honda to satisfy more Filipino Families.
For more information on Honda’s latest news, products and events, visit www.hondaphil.com or any authorized Honda car dealerships nationwide.

Youtube  Monchster NRS
Posted by Monch Henares at 1:58 AM