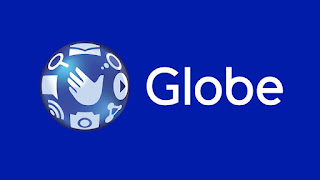 Since the start of 2017,  Globe Telecom has detected mobile service interference in more than 1,200 cell sites caused by illegal signal transmitters such as signal boosters, repeaters and RFIDs (radio frequency identification), which are commonly used for car parking or security systems in subdivisions, tollways and in residential, office and commercial buildings.

Around 60% of the affected sites are located in Metro Manila, resulting in mobile customers within the affected sites’ area of coverage to experience dropped calls, garbled lines, weak signal and slow browsing.

As of last September, Globe was able to identify, locate and shut down about 210 illegal repeaters and RFID systems causing interference to its cellular network. The RFID systems found interfering with Globe Telecom’s network were found operating within the cellular frequency bands and outside the National Telecommunications Commission’s allocated frequency band for RFID.  These however appears to be just the tip of the iceberg as only less than 10% of the sites affected where actually cleared of interference.  The number of illegal repeaters and RFID systems appear to be increasing as well.

The proliferation in recent years of illegal repeaters, signal boosters and RFIDs, without any NTC permit, has led the company to step up its own campaign against unscrupulous sale and use of illegal repeaters or signal boosters. Compared to 2016, there is an 85% increase in sites with signal interference in 2017, attributed to the uncontrolled proliferation of repeaters and increasing use of RFID mostly in high-end residential areas and buildings.

”While illegal signal boosters may enhance wireless coverage in a particular area, such devices, when improperly designed or installed, will cause interference with mobile networks and thus will impede communication services, including emergency calls in the community. Thus, the illegal use of such devices does not solve signal issues but rather lead to service degradation of telecommunication companies. On the other hand, RFIDs should not pose a problem for as long as these are operating outside of the cellular frequency bands and only in RFID bands allocated by NTC,” Globe General Counsel Atty. Froilan Castelo said.

He emphasized that unauthorized possession, use of repeaters is illegal and punishable by law and that the NTC, together with police authorities, will apprehend entities in possession of these illegal repeaters.  In 2013, the proliferation of signal interference prompted the NTC to issue Memorandum Order 01-02-2013, prohibiting the sale, purchase, importation, possession or use of signal boosters operating on the 800 megahertz, 900 MHz, 1800 MHz, and 2100 MHz frequency bands without the approval of the regulatory agency. Violation could entail penalties and even imprisonment.


Youtube  Monchster NRS
Posted by Monch Henares at 2:27 AM