Danger! Danger! I'm "Lost in Space" and Hooked on NETFLIX

"Danger! Danger!" said the washing-machine-looking robot on the original 60's tv series "Lost In Space"which run from 1965-1968. A futuristic science-fiction series ahead of its time that got its viewers glued to the tube one hour each week. It was so long ago I remember watching it on a black-and-white TV.


The setting of this original Netflix futuristic family adventure series "Lost in Space" is in the year 2048. That's 30 years from now where I know by that time mankind will be capable of leaving our environmentally forsaken world on spaceships to find another world to colonize and call home. The Robinson family is chosen to leave planet earth in search for life and a better world. They get thrown off course and crash on a lost planet where they strive to survive the harsh alien environment. Don't worry, I won't spoil it for viewers who have not watched (S1) yet.

I'm about to start watching Lost In Space Season Two (S2) which is now showing on NETFLIX . I surely won't miss an episode watching (S2) at home and anywhere I go with the help of my trusty Globe-AT-HOME Prepaid Home WIFI router. This is the perfect tool for connectivity for people on the go like myself.

GLOBE BROADBAND- Get a free 6-month subscription to NETFLIX with plan 1299 and up.

GLOBE POSTPAID- Subscribe to NETFLIX using your Postpaid plan and register to GoWATCH 399 to get more data for watching popular series' and films.

Other (NEW) NETFLIX Series' You Must Devour 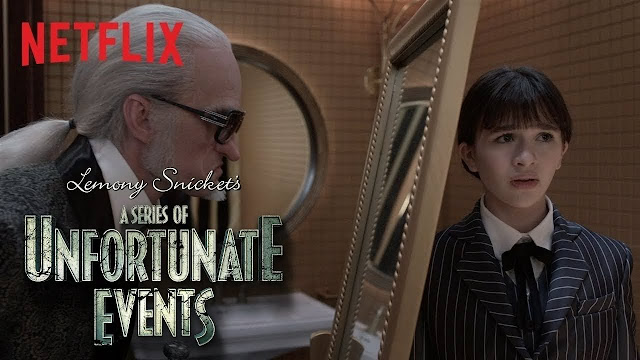 A SERIES OF UNFORTUNATE EVENTS - SEASON 02

Monch "Monchster" Henares is a writer for the Philippine Daily Inquirer's "Road Talk", blogger @ Monchster Chronicles, tech and motoring specialist, inventor, and automotive engineer. He managed the motorpool for a limousine company in Las Vegas, Nevada, USA. He is now based in Manila, Philippines.
You may e-mail him at monchnrs@gmail.com
To follow him on Facebook
Instagram @monchsterh
Youtube  Monchster NRS
Website www.monchsterchronicles.com

Posted by Monch Henares at 1:30 AM