When a Terra Gets Down and Dirty 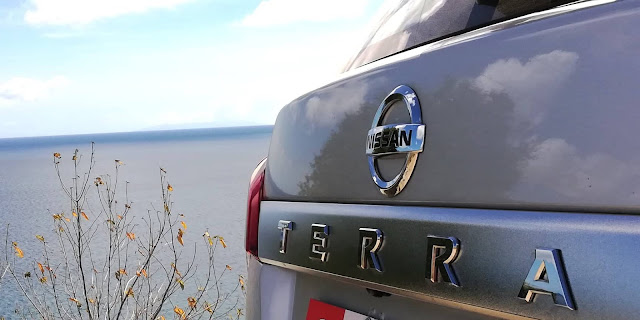 Not only is it the new baby in this segment, the New Nissan Terra (meaning: earth or land ) has the looks, the muscle, and a whole load of advanced technology to rival the reigning kings for the top slot.

I, without hesitation, grabbed the opportunity when Nissan Philippines gave me first dibs on a (fresh from the dealership) new 2019 Nissan Terra 2.5L Turbo Diesel VL 4X2 7AT to review.

Virgin fresh from the dealership, with less than 14 kilometers on the odometer and suited up in Brilliant Silver, it stood before me. It looked very similar to its brother, the Navarra. From its diminishing window lines, large wheel arches, 18-inch alloy wheels, and muscular curves flexed all the way to rear—everything exuded flowing testosterone.

A mixture of chrome and carbon-black trim stir up a cocktail of elegance, yet it is sporty enough to match the ruggedness of the great outdoors.

I wish Nissan would put a sunroof or moonroof. It's one of the best features to have on a family adventure vehicle. It’s a good thing they equipped it with a sturdy side step, roof rails, and a sleek rear roof antenna.

The premium-Feel brown leather seats and trim were not only soft to the touch, they were also very comfortable for a totally fatigue-free ride. Nissan calls this seat “Zero Gravity”, an 8-way power adjust seat function that includes the lumbar area. The front passenger seat is a 4-way manual adjust.


Being a 7-seater with a third row of seats, Nissan put a lot of thought in designing the ergonomics of its interior.


The ease of getting to the third row was made possible by its unique automated 2nd Row Manual-Reclining 60:40 Split Seats (Watch the video above) which would tumble and fold separately at a press of a button located at the driver's center console. A Transformers fan will definitely enjoy playing with it. Nissan, why did you not think of making it unfold automatically, too?

The 3rd-row 50:50 split seats fold flat, they recline and fold with ease. Surprisingly, I found it roomy for my mid-sized physique at the back. It had ample head and legroom as compared to the other mid-size SUVs I've ridden in.

You and your 6-member team will never get thirsty. The Terra has 14 Receptacles for Cups and Water Bottles including 2 bottle holder/chillers that are located in front of each side AC vent on the dash.  Cool don't you think?

Your battery-hungry gadgets will never go dead on you, because the Terra has four 12V Accessory strategically located at the accessory tray, below the dash, inside the center armrest console, and at the rear compartment.

I was able to sync both my phones without a hitch. I played my Spotify playlists and even connected my flash drive with thousands of songs and videos via USB to watch my legally downloaded movies.

The rest of the passengers won't be left out of the entertainment. A rear 11" flip-down entertainment monitor that comes standard, mirrors whatever is on the front infotainment screen.

One thing that made the ride more interesting was viewing the Advanced Drive-Assist Display (watch the video above). It's like watching the cars vital stats, live and in real time.

From fuel economy to driving aids, this serves up info right in front of you like a Nintendo game for saving fuel.

It took me almost a day to get used to this new technology. But once you master the detail, you would want to use it all the time.
I just loved the intelligent rearview monitor, four cameras monitoring all four sides. Though it only worked at very slow speeds, that's actually where I needed it most.

Parking inches from a sidewalk or avoiding unseen obstacles like a tree stump, rocks, open manholes, and even being warned of children running around the car was all possible.

Whether I was driving on the tight and traffic-laden streets of Manila or on the fast-paced tollways to Batangas, the Nissan Terra performed like a true thoroughbred.

With 190 horses giving 450 Nm of torque, It's 2.5L turbo diesel engine mated to a 7-speed smooth-shifting automatic transmission with manual mode didn't let me down.

Though the engine was a bit louder than usual, it did impress me with its pulling and climbing power.

If you have all the power to move, you must have all the stopping power to stop. The Terra's Anti-lock Braking System with Electronic Brakeforce Distribution and Brake Assist and Vehicle Dynamic Control made sure of that.

I would rather it have disc-brakes at the rear instead of the outdated drums.

Where would you test drive a Nissan Terra? There must be a reason why they named it such. I brought it to where it wants to be ---a place where it can roam, and run free.

Watch the Terra take a dive in this video.


Our playground was to be on this coastal stretch of unfinished road past the beach resorts strip of Laiya, Batangas called the Lobo-Malabrigo-Laiya Road. 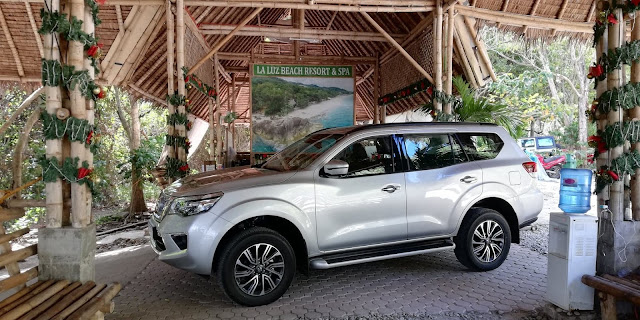 We stayed at La Luz Beach Resort and Spa, so proudly known as Laiya's best beach resort because of its friendly and accommodating staff, delicious home-cooked food, clean beach, rich marine life, rustic cottages, and an earthy environment. Earthy as the Terra itself.

Take a look at what La Luz Beach Resort has to offer.  Click to watch video

The Terra performed so well on this rough and dirty road adventure. It rode smooth, high, and effortless. It never bottomed out on several deep ruts we encountered. 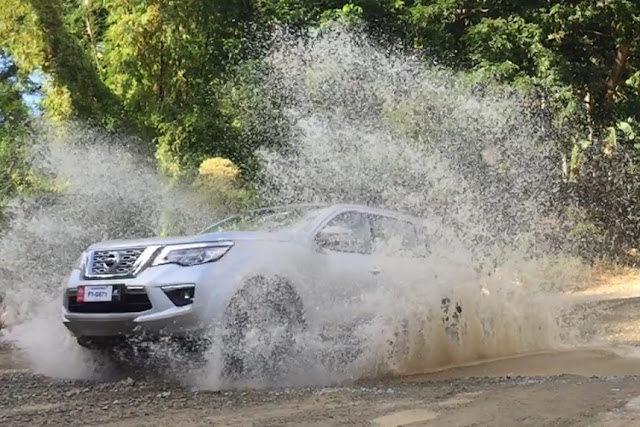 It even scored a 10 on its first dive into 12 inches of water.

It felt really safe and comfortable driving the Terra over dangerous uneven terrain. Thanks to the Terra's Fully-Boxed Ladder Frame that doesn't twist over uneven terrain making it stronger and more capable.

The Nissan Terra is in a class of its own. It is versatile, practical, safe, comfortable, powerful, economical, fun to drive, full of automotive technological advances,  and it would surely make an excellent family and barkada adventure vehicle. 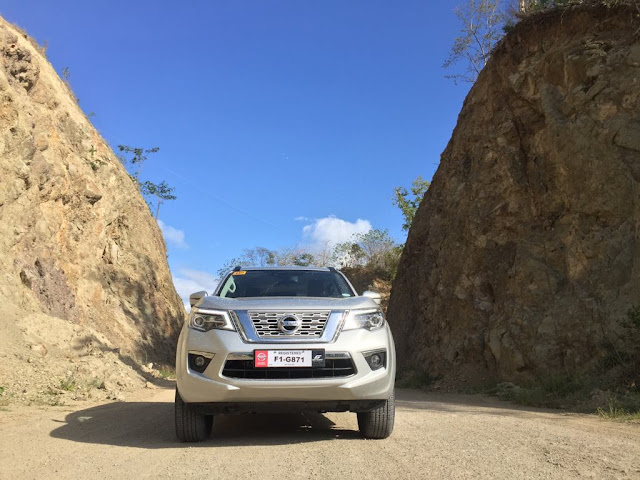 A part of this article was also published on the Philippine Daily Inquirer by the same author.

Monch "Monchster" Henares is an award-winning automotive journalist and feature writer for the Philippine Daily Inquirer's "Road Talk", a media blogger @MonchsterChronicles.com, tech and motoring specialist, inventor, and automotive engineer. He managed the motorpool for a limousine company in Las Vegas, Nevada, USA. He is now based in Manila, Philippines and is the President of BuildMeUp Corp.
You may e-mail him at monchnrs@gmail.com
Follow on Facebook
Instagram: @themonchster
Youtube:  MonchsterTv

Posted by Monch Henares at 2:55 AM